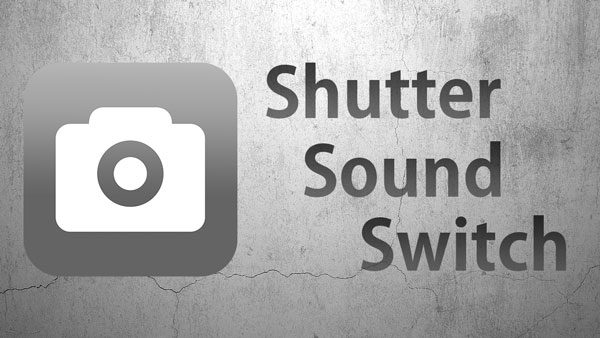 ON / OFF the Shutter Sound of the camera and screenshots. Display the share menu at the time of the screenshot shooting. It can be deleted directly when you delete a file from Photos app.
It will be introduced because i created a jailbreak Tweak called “ShutterSoundSwitch".

When installed, the item of “ShutterSoundSwitch" is added to the setting app. 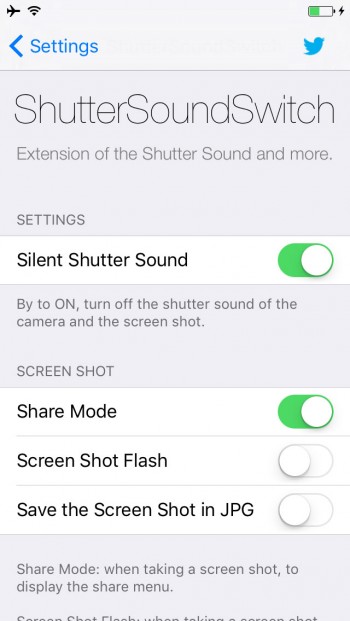 [Settings]
Silent Shutter Sound: By to ON, turn off the shutter sound of the camera and the screen shot. 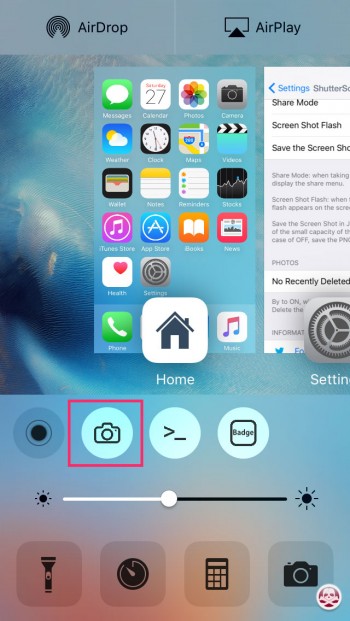 Also can On / Off by Flipswitch.
[Screen Shot]
Share Mode: When taking a screen shot, to display the share menu. 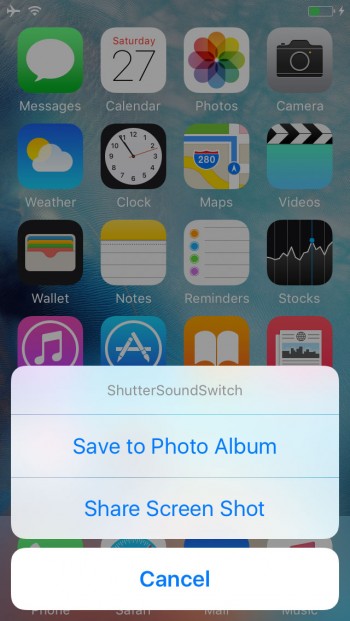 Screen Shot Flash: When taking a screen shot, flash appears on the screen.
Save the Screen Shot in JPG: Saves in JPG file of the small capacity of the screen shot. In the case of OFF, save the PNG file. 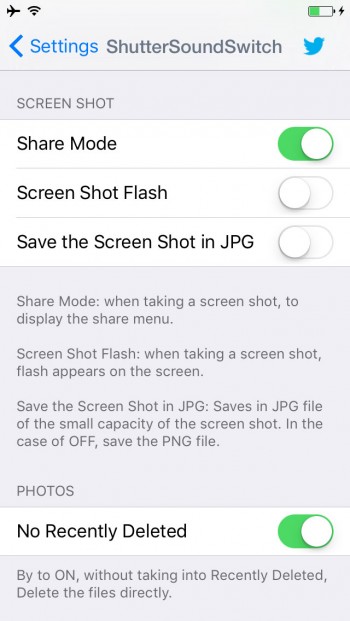 It’s possible to install at registering “ichitaso Repository" as beta for now.
Price: Free
Repo: https://cydia.ichitaso.com
It’s requested and stability of movement and addition of the functions are considered.
After that it’s submit to BigBoss Repo.
Best regards, ichitaso